Vision problems are becoming more and more common these days in the US. A vast majority of the US Population is facing vision problems. It is suggested by a study that 40% of people face vision problems after their 30s, and 90% are those that need vision correctness after 55. Considering these stats, there is one thing that comes to mind; LASIK Surgery. But the question is whether your health insurance will pay for LASIK surgery or not.

LASIK, also known as Laser-Assisted In Situ Keratomileusis, is a form of “refractive surgery” that helps correct the vision of a person. But LASIK is not the only procedure for correcting your vision. There are other procedures that are similar to LASIK, such as RK(Radial Keratotomy) and PRK(Photorefractive Keratectomy). LASIK uses Laser to remove tissues from your cornea.

Although shooting lasers in your eyes sounds very dangerous but, LASIK, RK, and PRK are considered safe surgical methods. These surgeries are for those people who don’t want to use glasses or contacts. There are other surgical methods to correct your vision as well, but they are just temporary remedies. Through these methods, You will initially save money, but you will probably spend more in the long run. So I say LASIK is the best solution.

The reason for health insurers not to pay for LASIK is that it is considered cosmetic. Most insurers will only pay for your glasses or contacts, but in some cases, they only cover some costs, not the complete total. For example, you want a designer pair of glasses or bifocal glasses, you will likely cover most of the expenses by yourself. Seeing as it is, you will think LASIK is very expensive. But buying designer pair of glasses and bifocals, you may find LASIK way cheaper and more convenient.

How Much Does LASIK Cost?

Whether you are insured, uninsured, or have no coverage, you will still have to pay for LASIK out of your pocket (some portion of the cost). The average cost of LASIK was $3,000 Per Eye in 2020. But without any specified cost, I would say that LASIK costs around $1,000 to $4,000 Per Eye. It would be best if you varied from those who will sell low-priced LASIK Surgery plans. In the end, many hidden charges will become a much bigger total than you anticipate.

In some cases, some employers will be willing to cover some costs of your LASIK surgery. Still, ultimately it all comes down to your doctor. Because most doctors are posting prices that are lower than others only to attract customers, some doctors will advertise a fixed price for a single day. Beware because the FDA does not recommend you to take part in these kinds of deals. Because the doctors may not pay as much attention as needed and will not provide the required follow-up care. So whenever you are looking for LASIK Surgeons, compare 4 to 5 different doctors to get the right idea. 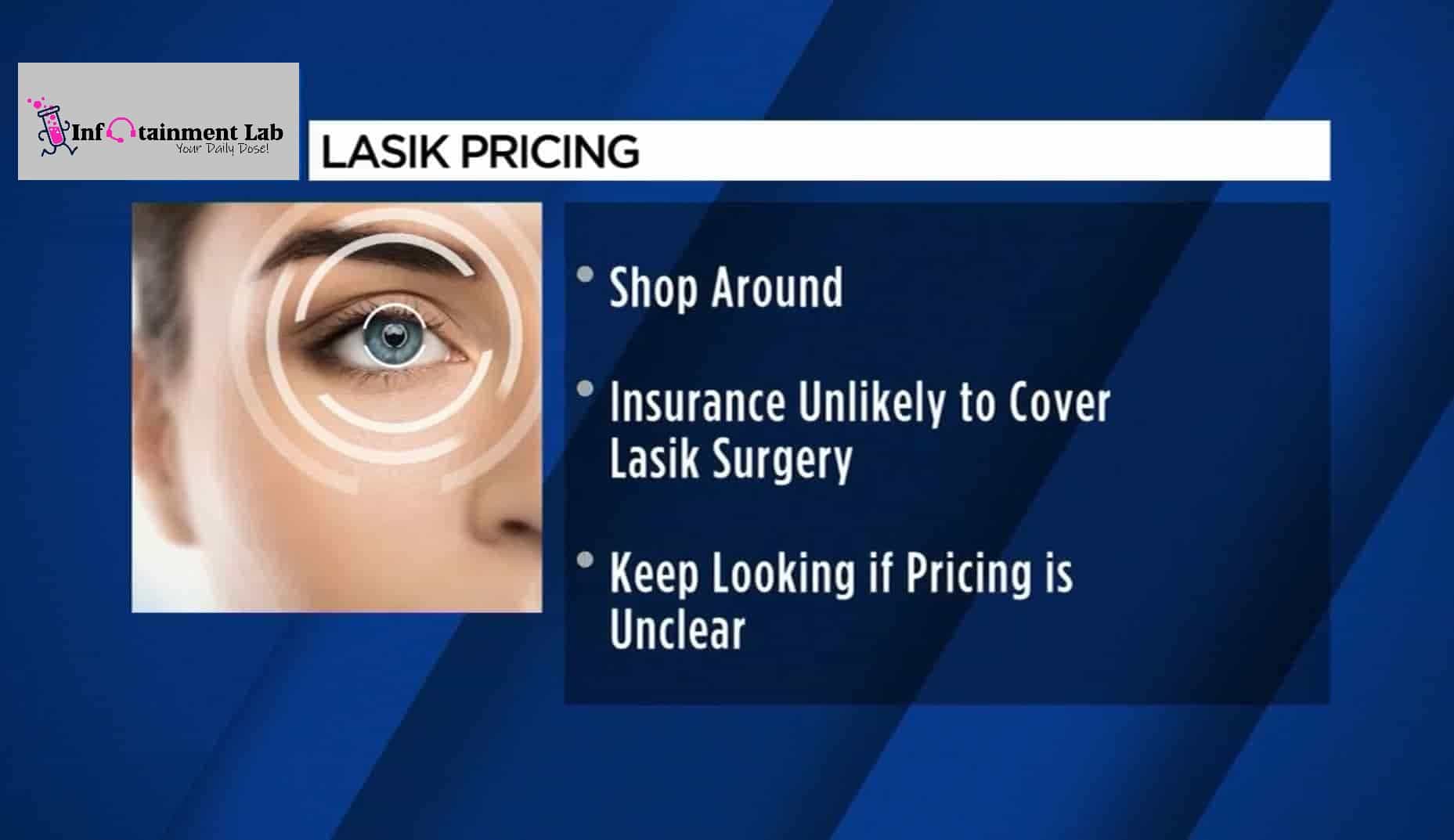 How Can You Pay For LASIK?

If you want to have LASIK surgery, then there are 7 ways you can pay for LASIK surgery. Make sure to read them all because you may find a better way than the one you intend to use.

If your health insurer operates a vision plan, you may find a special arrangement with a local LASIK Practice. For more information, make sure to contact your insurance provider. It is also possible that your insurer has outsourced its vision benefits to one of the major standalone vision care plans.

Youn can always choose to pay for LASIK by yourself. Many LASIK surgeons offer different monthly plans through which you can easily pay the price. Other than that, if you pay cash on the spot, you may also receive a good discount. But before doing that, make sure to ask your insurer for any kind of reimbursement.

FSA has several advantages. You may be able to pay a large portion of the reflective surgery price or the complete amount for your LASIK surgery through FSA. You can easily use that amount to clear your medical bills if needed because you are saving pre-tax dollars from your paycheck into your FSA account.

Labor Union health plans also contribute to the cost of surgery sometimes. For operating engineers, vision correctness is considered necessary, so they pay $1,000 towards the amount of LASIK surgery. So make sure to check with your employer before paying for the surgery through your pocket.

Medicare and Medicaid will not pay for your LASIK surgery until or unless it is considered necessary. But for Medicare or Medicaid to pay for the surgery, certain conditions are required to be met. Following are the required conditions.

Members of the Armed Forces quickly receive refractive surgery. Because wearing glasses is a burden and contacts are prohibited in the combat zone. Hence, the government understands the situation and pays for the surgery. But it may take a while to get your turn for the surgery.

In Armed Forces, PRK is more common than LASIK. But you have the choice to choose either. Each branch has a different policy to get refractive surgery. So to know more about refractive surgery, soldiers can ask their chain of command. But after you retire, you and your family are not considered eligible to get LASIK surgery through the VA.

7. If You Have a Serious Eye Condition

If you have a severe eye condition, your health insurer will have no choice but to pay for the LASIK surgery because it will be considered as another medical procedure. Insurers will need a detailed diagnosis from an ophthalmologist or a qualified physician explaining why you cannot wear contacts or glasses.

More so, most of the doctors cover follow-up care as well. But in case of other complications, you may need to pay by yourself. It would help if you kept in mind that you may need LASIK in another 5 or 10 years. After your eyes are recovered from LASIK, you can enjoy clear vision. But just like other medical procedures, there are always some complications. But they are not common, and if they are the result of your surgery, your health insurer will likely cover the cost.