Who is Ramit Sethi?

Ramit Sethi is the creator of the website iwillteachyoutoberich.com and New York Times bestseller author. Over one million people have read his writings to discover how to live a rich life using psychology and systems. This could entail optimizing your financial situation, increasing your income, locating your Dream Career, launching an internet business, or controlling your psychology.

How are Ramit Sethi’s Strategies Unique from Other Professionals?

He is not one to talk to you about how you could save $3 on lattes. Instead, he teaches you how to concentrate on having several major victories worth millions of dollars. Take care of those and go on with your lifestyle.

Ramit Sethi refuses to accept anybody with financial problems into his premium material. This choice loses him massive amounts of money each year.

He freely distributes 98 per cent of his work. He expects his free content to be more beneficial than anyone else’s premium content.

Ramit Sethi established his website iwillteachyoutoberich.com while at Stanford, where he was learning tech and psychology. He had no choice but to pay his way through college because he belonged from a middle-class background. Until he devised a method for applying to more than 60 scholarships, his challenging effort rewarded him, and he was able to join Stanford University. However, when he received his first scholarship cheque, he chose to invest it in the stock market. Unfortunately, he failed in his first attempt and eventually lost half of it. He then began to study the mechanics of money.

At the same time, when he was studying at Stanford, he used to read the writing of famous financial professionals. He used to see a lot of stuff like “Setup your budget limit” or “Stop wasting money on lattes”. From all this, Ramit discovered that the vast majority of these professionals made absolutely no sense. And, just as In the Emperor’s New Clothes, he understood that specialists preferred to advise people what to do. However, nobody did it for real. 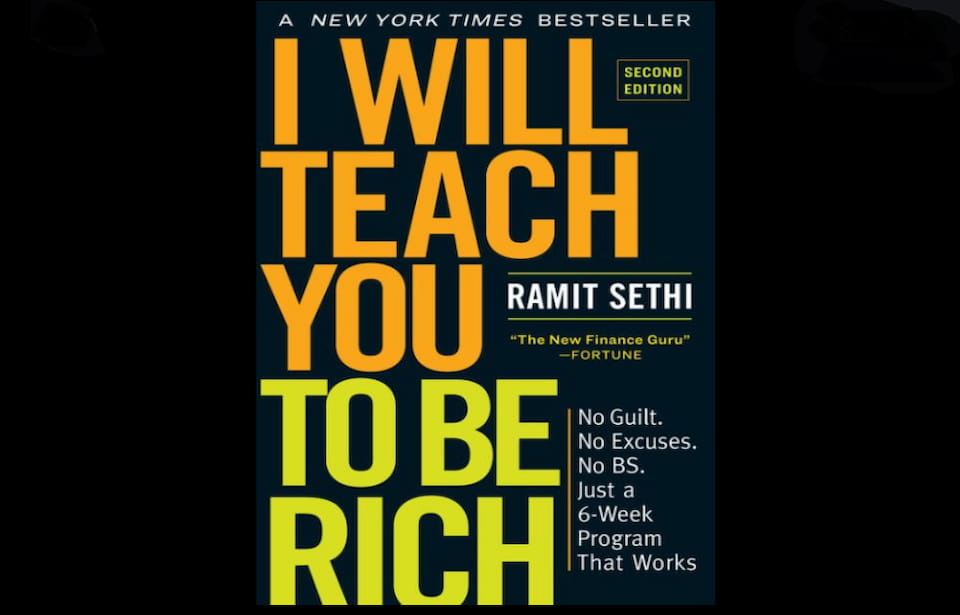 Rather than refusing everything, he wanted people to say yes to the money they possessed. He was sure that there could be another way to live a rich life if somebody uses psychology to figure out things that actually work when a person wants to live a better life. It’s not just about financial planning, but everything required for human existence, such as careers, business, relationships, fitness, money, and many more.

Since that day, he has begun putting his theories to the test. Also, he has been sharing his discoveries with the world via his site known as “I Will Teach You to Be Rich.”

Why does his stuff work?

He intends to offer people the exact procedures that would assist them in living a wealthy life through his website iwillteachyoutoberich.com. But some of it is downright bizarre.

He states that each person has limited willpower. However, this is one of the hardest things for people to accept as it is not enough to put in more effort simply. Neither does following one’s dreams.

However, there are procedures in place to assist them. For this, he illustrates his specific methodology for automating his money. This enabled him to manage his finances in even less than an hour per month and achieve his savings, income, and even expenditure goals.

At iwillteachyoutoberich.com, Ramit Sethi provides the same. There will be no overstating and no haphazard techniques. Step-by-step techniques that have been thoroughly tested and proven to operate in the real world.

He provides writings to know the right things to say to have a boost, acquire their first potential customer, make conversation, or request something from a famous person they like. As stated before were just a few examples. There are many more to it.

Concentrate on things that will provide an outcome for the remaining period of people’s lives, and they may never have to stress about small-scale issues again.

Welcome to I Will Teach You to Be Rich – Introductory Video