369 manifestation method is a very powerful and effective law of attraction method. It is very famous on social media

369 manifestation method is a very powerful and effective law of attraction method. It is very famous on social media platforms like Facebook, Youtube, Twitter, and even Tiktok. The first time I heard about this manifesting technique, I got pulled into it right away.

This manifestation method is based upon the divinity of numbers 3, 6, and 9, as referred to by Nikola Tesla. Yes, the famous scientist is known for inventions like Remote Control, Tesla Coil, AC Current. And Yes, the one after whom Elon Musk named his car.

Nikola Tesla considered these as magic numbers, and he quoted that:

“If you knew the magnificent of the numbers 3, 6, and 9, you have the key to the universe.”

Although this manifestation technique was not introduced by Tesla, he emphasized the significance of these numbers. Karin Yee, who was a lightworker, created this manifestation method. She combined the workings of Nikola Tesla and Abraham Hicks to maximize its potential. 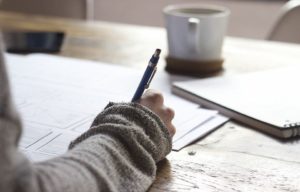 It is a very simple manifestation method that works on the law of attraction principle.

The basic working principle of the Law of Attraction is that:

When you strongly focus on any desire and make an affirmation, the following things get aligned with that desire.

Once this happens, all your system starts working towards that goal or desire in a coordinated manner. It increases the chances of fulfilling that desire.

First of all, you need to find out what you want to manifest mostly and then draft an affirmation based upon 3 to 4 sentences.

I’m very happy to meet the love of my life finally. It is the love that I’ve been looking for all my life. I’m feeling very happy and satisfied starting a new life with my soul mate. Thank you! Universe.

Why 17 Seconds? Abraham Hicks, also known as Esther Hicks who is a motivational speaker and an author mentions time and time again that:

So, that’s why it is important that your affirmation should at least take 17 seconds to write.

The next step is to write your chosen affirmation 3 times in the morning (just after you wake up), 6 times at mid-day, and 9 times at night (before sleeping). After every time you write your affirmation, just let them go and get busy with your routine tasks. Repeat this exercise for 33 days, and that’s it.

Therefore, when you’re writing your affirmation:

Some people have claimed positive results even before 33 days. However, for others, it has taken a bit longer to start manifesting their affirmations. So, don’t get discouraged if you do not get the results immediately. Give the universe some time.

Nikola Tesla had a theory regarding the importance of numbers 3,6 and 9. While studying circles, he found that, no matter how many times you divide the circle (360ᵒ) into half, the result will always generate the numbers 3,6, or 9.

He believed that these numbers hold great significance in the composition of the universe and human beings.

From a Numerological perspective, the numbers 3,6 and 9 represents the following:

Both these aspects combined make, 369 manifestation method to be mighty effective. So, what are you waiting for? Give it a try, and you’ll see the universe working in strange ways to manifest your desires.

Is Manifesting a Spiritual Practice?

Manifestation can be termed as a spiritual as well as a scientific phenomenon because the basic working principle of manifestation is that you’ll attract only the things your mind can perceive, which fall in place with both religious beliefs and scientific studies.

Is Manifesting a Sin?

Why is Manifesting so Powerful?

Most of the Manifestation techniques are derivatives of the Law of Attraction. And Law of Attraction focuses on raising your inner vibrations to the level of your desired reality. Once your mental energy is aligned with that desired reality, your subconscious mind and your physical being follow the same. When your complete system is unified and working towards the same goal, chances of success increase significantly.

How do I ask the universe for money using 369 Manifestation Method?

Given the right circumstances, everyone will love to manifest more money to live an abundant life. Yet, many people are unable to do it because of their unhealthy approach to money. Money manifestation through the law of attraction is an efficient approach.

When you truly desire something, your physical and mental energies, conscious and subconscious mind start resonating at the same frequency. When they are all aligned chances of your success increases. This is the basic working principle of the law of attraction & 369 Manifestation Method.

Mental Block in Manifestation of Money through Law of Attraction

Financial success is first achieved in mind than in the real world. People’s own mind is the first thing that restricts them from achieving financial success. Considering this, changing your belief system and the way you perceive money through the law of attraction can be the best way for money manifestation.

How Does Manifestation Work?

What manifestation does is that it change your mind’s focus and thought pattern towards a specific aspiration, which ripples this effect from your conscious mind to your subconscious mind. This positive affirmation of yours then get itself aligned with your energetic frequencies. Eventually, your body and mind get synced to work toward a common goal that amps up the chances of success towards achieving this desire or aspiration.

What is the best manifestation method for money?

The important things for manifestation to be successful are: